Featured market and investment news from 9258.

Prior to that, George was Chairman, President & CEO of Travelers Life & Annuity, a Citigroup subsidiary, during part of his 23 year career at Travelers. While at Citigroup, George also had management responsibility for Citigroup’s International Insurance operations in addition to being a member of Citigroup’s Management Committee and serving as a director of CitiStreet (State Street and Citigroup JV). George graduated from Tufts University along with executive business programs at Stanford and Columbia. 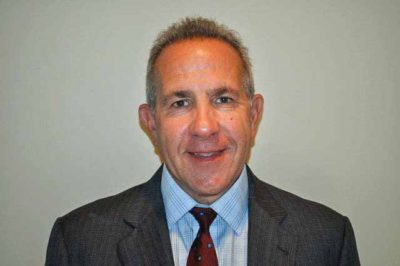 U.S. stocks rose sharply in the third quarter amid solid economic data and strong corporate earnings growth, despite simmering trade tensions with China and key allies. Volatility subsided from the elevated levels witnessed in the first half of the year. The S&P 500 index (representative of large-cap U.S. companies), logged its best quarterly gain since the fourth quarter of 2013. Small company stocks (represented by the S&P SmallCap 600 index) rallied as well. International stocks continued to lag the U.S. markets, as developed market stocks (represented by the MSCI EAFE index) had a slight gain, and emerging market stocks (represented by the MSCI Emerging Markets Index), a loss for the quarter. Both indexes remain negative for the year.

A primary catalyst for the market’s strength in the quarter was exceptional corporate earnings growth. The S&P 500 reported second quarter earnings growth of 25% – the highest rate of growth since the third quarter of 2010. According to FactSet, 80% of S&P 500 companies exceeded earnings estimates for the quarter, the highest percentage since FactSet began tracking this metric in 2008. The stellar results were boosted by lower corporate tax rates that were signed into law last year, as well as continued signs of broad strength in the U.S. economy. According to government data, taxes paid by U.S. companies in the second quarter fell 33% from a year earlier, representing a $100 billion annual rate. On the economic front, the U.S. economy grew at a 4.2% annualized rate in the second quarter, its best rate of growth since the third quarter of 2014. The employment situation remains as strong as its been in many years. The U.S. economy has created an average of more than 200,000 jobs per month so far in 2018, with the unemployment rate falling to 3.9%, the lowest its been since the fourth quarter of 2000.

Amid the solid jobs market, above-trend economic growth and interest rates that remain at historically low levels, economic data continues to reflect a U.S. consumer that is on solid footing. September’s Consumer Confidence level reached its highest in eighteen years, and sales at retail stores, a commonly used indicator of consumer health, rose 6.6% in August versus the year ago levels. This bodes well for continued economic growth, as the consumer accounts for approximately 70% of the U.S. economy.

Unlike the U.S., international markets have stumbled this year due to a combination of political, trade and currency concerns. Contentious Brexit negotiations and Italian budget issues have dampened investor enthusiasm for the European Union. Tariff threats have also contributed to weakening sentiment, particularly in the sectors with significant exports to the U.S. The EU automobile sector, for example, accounts for 7% of the EU economy and exported $38 billion of goods to the U.S. in 2017. President Trump’s threat to impose tariffs on import autos sent shudders through the European stock market, which has fallen since the threat of auto tariffs was announced in late May, versus gains in the U.S. market during that same period. Rising trade tensions have also weighed on emerging market stocks, most notably those of China, which have declined into near bear market territory from their highs in January. The rising U.S. dollar has also been a headwind for emerging market stocks, which not only results in capital outflows from these markets, but also makes it more difficult for many companies in these markets to service their U.S. dollar-denominated debt.

The fixed income market treaded water in the second quarter, as higher treasury yields were partially offset by modestly tighter credit spreads. As expected, the Fed increased rates in September for the third time this year and signaled that another rate hike was likely in December, followed by three additional rate hikes in 2019. Amid broad strength in the U.S. economy, and a gradual increase in inflation that has now reached their 2% target, the Fed remains committed to normalizing interest rates while attempting to keep the economy from overheating.

Treasury yields moved higher in the quarter, with the yield of the ten-year U.S. Treasury bond ending the period at 3.06%, approximately 20 basis points higher than at the end of June.

A tightening of credit spreads (difference in yield between US treasury debt and riskier debt) resulting from the extremely favorable economic environment served to mitigate the impact of higher treasury yields. The Bloomberg Barclays US Aggregate Bond Index, which is a broad index representative of the U.S. fixed income market, was nearly flat for the quarter, with a year-to-date return that is slightly negative.

The fourth quarter promises to be an eventful one for investors. The rising interest rate environment is starting to attract increased attention, as two-year U.S. treasury yields have recently reached their highest levels since before the financial crisis. As rates continue to move higher, investors will become more anxious about the impact that will have on economic growth. While it’s widely expected that the Fed will increase rates for the fourth time this year in December, the accompanying Fed statement will be parsed to discern any change in Fed commitments to the pace of future rate hikes. A pickup in inflation or economic growth would likely result in an accelerated pace of rate hikes, which would be viewed negatively by investors.

The third quarter corporate earnings season, which will kick off in the second week of October, will be another area of intense focus for investors. According to FactSet, earnings are expected to grow 19% year-over-year. While this would represent a decline from the 25% growth realized in the second quarter, it would still mark the third highest earnings growth since the first quarter of 2011. Investors will be looking for clues on the impact of tariffs on company earnings. While there were relatively few tangible signs of tariff impacts in second quarter corporate earnings reports, an uptick in such signs could threaten to bring trade war concerns to the forefront. As earnings season starts to wind down in early November, attention will shift to the Congressional midterm elections. While market participants are rightfully skeptical about polling data, it’s widely believed that the House is vulnerable to being taken back by the Democrats. Such an outcome could result in political gridlock, threatening the Trump administration’s pro-growth agenda that many believe is responsible for the favorable market environment that has prevailed since November of 2016.

We continue to maintain a favorable outlook on the U.S. economy and financial markets, as economic growth and corporate earnings are expected to remain at above-trend levels well into 2019. As is typically the case, there will inevitably be unnerving bumps along the road, but we believe that the trend higher remains intact for the foreseeable future.

Get our market insights, tax tips and company updates right in your inbox.

Oakwood Advisory Group, LLC is a Texas registered investment advisory and financial planning service that exists to all can prosper by being curious and trustworthy. We offer planning services, traditional investments and uncommon investment opportunities.